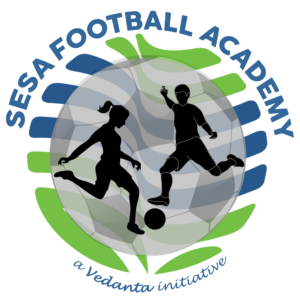 SESA Football Academy aims to spot, nurture, and create conditions for discovering, and building talent for Indian football and runs on a residential basis, imparts systematic and scientific football training through its team of national and international football experts. The academy takes care of the formal education of the trainees, during the four-year training period, at its Sankhali and Sirsaim premises in Goa and since inception, has trained more than 175 footballers at the residential academies and impacted over 500 youth players in the communities through football initiatives taken for the football fraternity in Goa, as well as across India. Some of the past graduates from SFA have been and are serving in the national teams, the Indian Super League (ISL) clubs, I-League clubs of India and local clubs in Goa. Seven players have earned the national team cap and eight players played the elite ISL last season.